GIVING BACK TO THE LGBTQ+ COMMUNITY

CALIBER is a proudly gay owned & operated business and we believe that helping our LGBTQ+ youth should be the highest priority.
With suicide rates at unprecedented all-time highs, it’s not only our task to undertake; it’s our duty to help!

That’s why, as of January 1st 2020, CALIBER will donate $1 for every $150 in net online sales to the Kids Help Phone in Canada and The Trevor Project in the USA. AT CHECKOUT, YOU CHOOSE HOW YOUR PURCHASE PORTION GETS ALLOCATED!

The money raised will help connect LGBTQ+ youth in crisis with lifesaving support in their hour of need.

Kids Help Phone is Canada’s only 24/7/365, national support service that offers professional counselling, information and referrals and volunteer-led, text-based support to young people in both English and French.

Whether by phone, text, mobile app or through our website, you can connect with them whenever you want, however you want. And all calls/chats they receive are considered anonymous and confidential.

Since 1989, their counsellors have provided counselling, referrals and information to young people who reach out.

Their counsellors have diverse educational backgrounds/professional experience and are knowledgeable in a range of topics (including youth mental health and well-being). They recognize the strengths of young people by helping them find solutions to their own struggles and encouraging them to take steps toward resolving their own challenges. Counsellors are supported by a talented and clinically skilled group of Counselling Managers, who also come from diverse backgrounds and possess varying degrees and trainings.

Kids Help Phone’s counsellors are always there — supporting young people wherever and whenever they need us most!

Here are the ways you can reach out to Kids Help Phone now:

In 1994, producers Peggy Rajski and Randy Stone saw writer/performer James Lecesne bring to life Trevor, a character he created as part of his award-winning one-man show WORD OF MOUTH. Convinced Trevor’s story would make a wonderful short film, Stone and Rajski invited Lecesne to adapt it into a screenplay. Rajski directed the movie and TREVOR went on to win many prestigious awards including the Academy Award® for Best Live Action Short Film.

The Oscar-winning film eventually launched a national movement. When producer Randy Stone secured an airing on HBO with Ellen DeGeneres hosting, director/producer Peggy Rajski discovered there was no real place for young people like Trevor to turn when facing challenges similar to his. She quickly recruited mental health experts and figured out how to build the infrastructure necessary for a nationwide 24-hour crisis line, and writer James Lecesne secured the funds to start it. On the night their funny and moving coming-of-age story premiered on HBO in 1998, these visionary filmmakers launched the Trevor Lifeline, the first national crisis intervention and suicide prevention lifeline for lesbian, gay, bisexual, transgender, queer & questioning youth.

Since then, hundreds of thousands of young people in crisis have reached out to The Trevor Project’s multiple in-person and online life-saving, life-affirming resources–Trevor Lifeline, TrevorChat, TrevorSpace and Trevor Education Workshops.

The Trevor Project is the premier organization providing crisis intervention and suicide prevention services to LGBTQ teens and young adults. 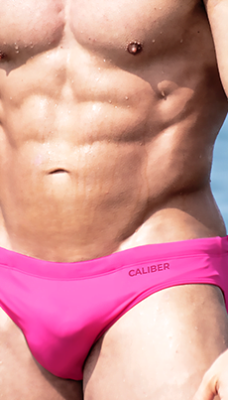